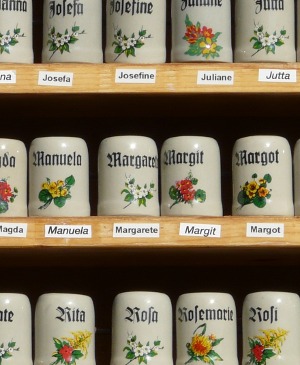 I like using enums and type hierarchies. What I don’t like is writing verbose switch statements to use them. In C++ I use macros to significantly reduce the burden of creating visitors. In this article I’ll show how I applied this technique to my Leaf souce code.

In Leaf I have an expression class hierarchy. Each of the types is identified with an enum value. Originally I had an enum like this (stripped for brevity):

This approach has two problems with it:

What I want is a way to add a new enum value and automatically have all my switches updated and compiler errors produced if I’m missing an appropriate function.

Instead of directly coding the enum values I instead create a macro:

This is essentially just a list of the enum value names. At this point I don’t define the single EXPRESSION_FORM, it becomes the callback for users of this list.

My enum statement gets converted to this:

And my switch statement becomes:

Deferring the definition of EXPRESSION_FORM let’s me create different types of code based on the same listing of values.

This code has some clear advantages over the previous approach:

I use the pattern for more than just visitor function dispatching. For example, now I can easily program a missing feature in C++: converting enums into names.

For strict object-oriented programming it also becomes beneficial. If you don’t like using the macros directly it’s easy to convert to a virtual member based visitor class. This way I can create a visitor base and simply override the functions for the types of interest. I do this in my Leaf code as well, creating an expression walker. It looks something like this:

A derived class overrides just the functions of interest, for example:

Once you get used to using list macros you’ll find all sorts of nice ways to use them.

The major problem with the macro approach is that it requires macros, and not all languages have them. I have the same situation in C# on my game Radial Blitz, but am unable to find a good solution. I find this very unfortunate. All that redundant code just buries the semantics and does not add value to the project.

In some dynamic languages there is another option: converting the enum value to a string, appending to a common function prefix, and calling the resulting function by name. This approach of course provides no guarantee that I haven’t missed a function. I’ll only know at runtime when an exception is thrown. This, of course, has to do with dynamic languages as a whole, rather than just this isolated scenario.

I’m still a firm believer in macros. Sure, they can be abused, but often, like here, they make the code safer, more readable, and easier to maintain. I have yet to see a language with strong enough syntax and semantic constructs to eliminate the need for macros. At least they could provide a builtin visitor syntax, perhaps I’ll expand that idea later.