Why can’t I get organic salt and vinegar chips? 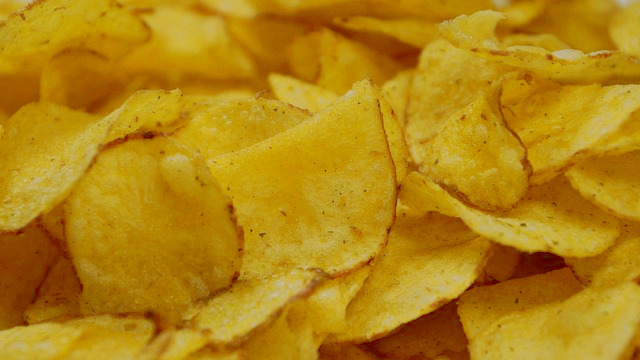 As a Canadian, eating potato chips is part of my DNA. I was understandably alarmed when I moved to Munich and was greeted with a paltry chip selection. I could choose from just a handful of Paprika chips, with absolutely no kettle cooked, ridged, or otherwise fancy variations. My fallback of tortilla chips were also nowhere to be found. Had I not already sold my house in Canada I probably would have left. Instead I endured the absence.

Within a decade the Germans came to their senses. I now have a great variety to select from. There are even several organic brands. Alas, one combination still seems elusive: organic salt and vinegar chips. Where are they?

Salt and vinegar is a staple flavour of chips, at least outside of Germany. Here it’s Paprika. If there is only one flavour of something it will be paprika. Kettle brand even produce a Paprika flavour and labelled it “Special for Germany”. Oddly, it’s not listed on their product page.

I grew up with salt and vinegar, paprika is not acceptable. There are several non-organic salt and vinegar varieties available. One of the major chains even offers three kettle cooked brands. But if I walk into an organic store the flavour is suspiciously absent. Sure, rosemary is delightful, and I appreciate tomato and herbs more than paprika, but where is the essential salt and vinegar?

I started wondering if there is some chemical involved that would prevent this flavour in organic chips. But this seems highly unlikely. It was one of the original chip flavours long before non-organic food even started to exist. Dry vinegar recipes even date back to the 1600’s.

There are two primary ways to get the vinegar flavour into the chips. The basic at home method is to soak the chips in vinegar prior to frying. That tends to leave a rather weak flavour though as the vinegar is cooked away. The other option, used for mass produced chips, is dry vinegar powder. This is made by reducing a vinegar and starch, or maltodextrin, solution. This can be combined with other flavours and provides more control.

To be certain, I did a few searches for the mythical organic salt and vinegar chips. A brand called Luke’s has them in the US. Kettle also offers them in some markets it seems, but again it wasn’t listed on their product page. They seem to think product listings are privileged information, maybe to not create jealousy in the markets where certain flavours aren’t offered.

But wait! A brand that popped up is Lisa’s. They offer a “Alpensalz und apfelessig” (Alpine salt and apple vinegar) kettle chips. The German name should tip you off that it’s a German product. It’s a brand carried by several stores here, yet none of the ones I know stock it. I sent an inquiry to the company, let’s see what they say.

The term “Alpensalz” is curious. Nobody really goes out looking for alpine salt. There are still active mines here, but it’s just salt. This seems like a marketing trick to counter the prominence of “Sea Salt” (ex. Tyrells “Sea Salt and Malt Vinegar”). It’s no longer okay to just be normal “salt”. I won’t be satisfied until I can find “Himalayan Salt and Sherry Vinegar” chips. I wonder if there’s enough hardcore chip fans to make this a worthwhile venture. A website to custom select your salt origin and vinegar base.

In short, it’s a new variety which was just sent out last week for the first time. My timing is impeccable. So well timed in fact you should rightfully wonder if I’m not just shilling their product. Alas, I have no financial motivation here. I’ll go setup camp now at Alnatura and wait for the new chips to be unpacked.

Be sure to join me on Twitter or Facebook for my continued journeys in the sensible questioning of reality.

Why can’t I get organic salt and vinegar chips?